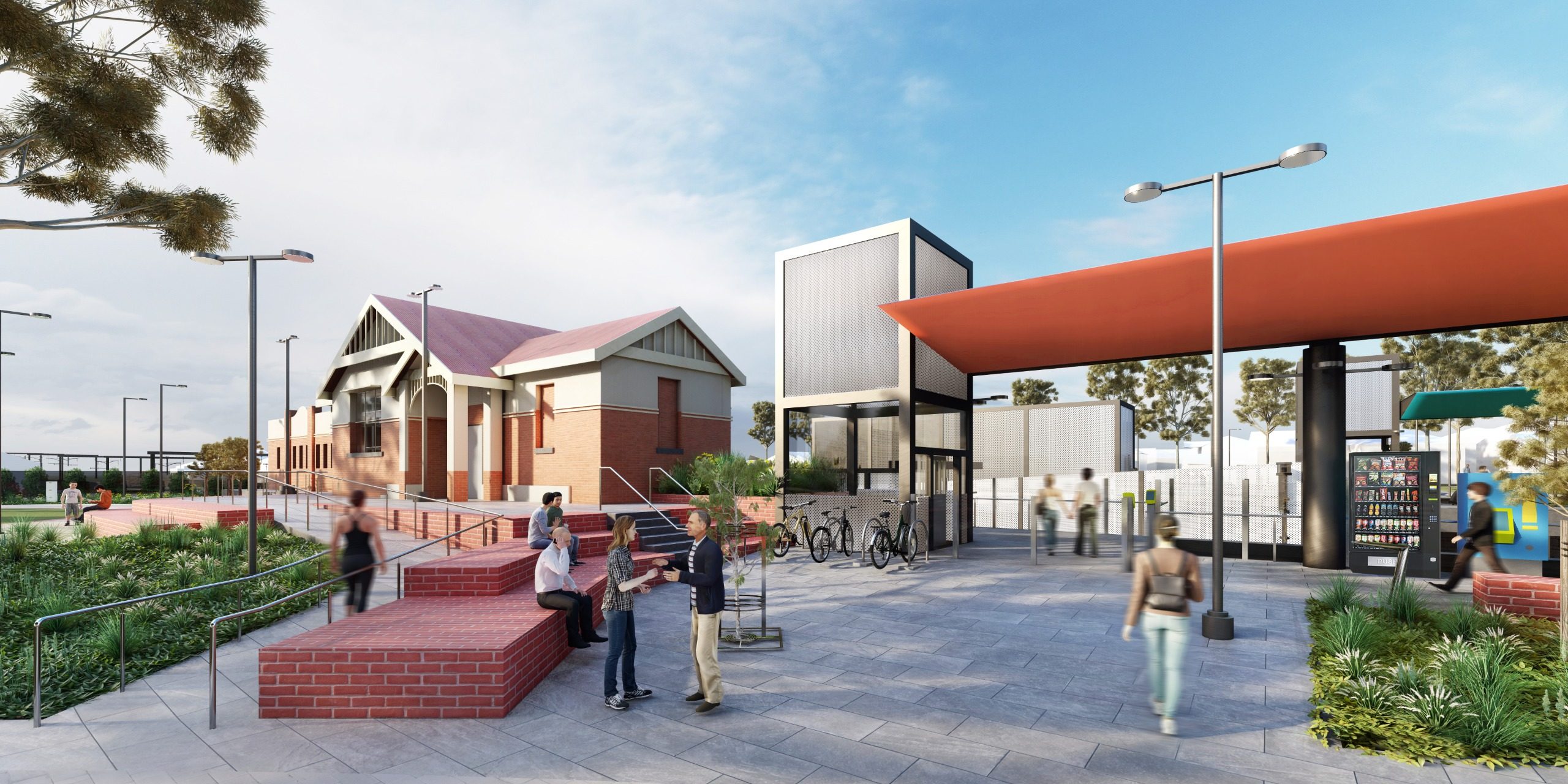 The Victorian  Government has revealed detailed designs for a new North Williamstown Station as part of the level crossing removal project at Ferguson Street, Williamstown.

Member for Williamstown Melissa Horne today released new artist impressions of the new station precinct that will be created by lowering the rail line under the road at Ferguson street, upgrading the station and delivering a brand-new forecourt.

The new designs have been shaped by three rounds of community consultation, with more than than 1800 submissions received from across the community – and strong support and local preference for the rail-under design.

Another key local priority was keeping Williamstown’s village feel, so the station will retain its original red brick building on the western side for station operations.

The entire precinct will be well-lit and surrounded by new gardens and walking paths, while a currently unused space to the west of the new station will be converted into new open space. Leading through to the main entrance, a landscaped forecourt will link through to Ferguson Street, promoting free-flowing pedestrian movement.

A new signalised pedestrian crossing will also be installed across Ferguson Street, making it easier and safer for locals to get to the station. The new crossing will be synchronised with the existing lights, once the level crossing is removed, to ensure traffic flows freely.

Cyclists will also benefit from the upgraded design, with a new secure bike shelter to be installed near the city-bound platform along with bike hoops on both sides of the station.

A new architect-designed station building will be installed on the eastern side, replacing the existing eastern building which could not retained due to the space required for a rail trench. In line with the project’s ‘rail under’ design, the station platforms will be lowered below ground level, with commuter access via stairs, ramps and lifts.

This site has a tragic safety record, being the scene of a double fatality in the 1990s and five accidents or near-miss incidents between trains, cyclists and pedestrians in the past decade.

More than 110 Williamstown line trains travel through the Ferguson Street level crossing each weekday, causing frustration and delay for about 22,000 motorists who cross the tracks.

The Victorian Government is removing 75 level crossings by 2025, including six across the Williamstown and Werribee lines. Construction at Ferguson Street will begin in early 2021 and the level crossing will be removed in 2022.

“We’ve listened to the community who sent in thousands of surveys with their preferences for the new station – and we’re delivering on many local priorities, creating new open space and keeping the heritage Western building at the new North Williamstown Station.”

“Together the six level crossing removals across the Werribee and Williamstown lines and the Metro Tunnel will create room for 63,000 extra passengers every week on those lines during peak periods.”