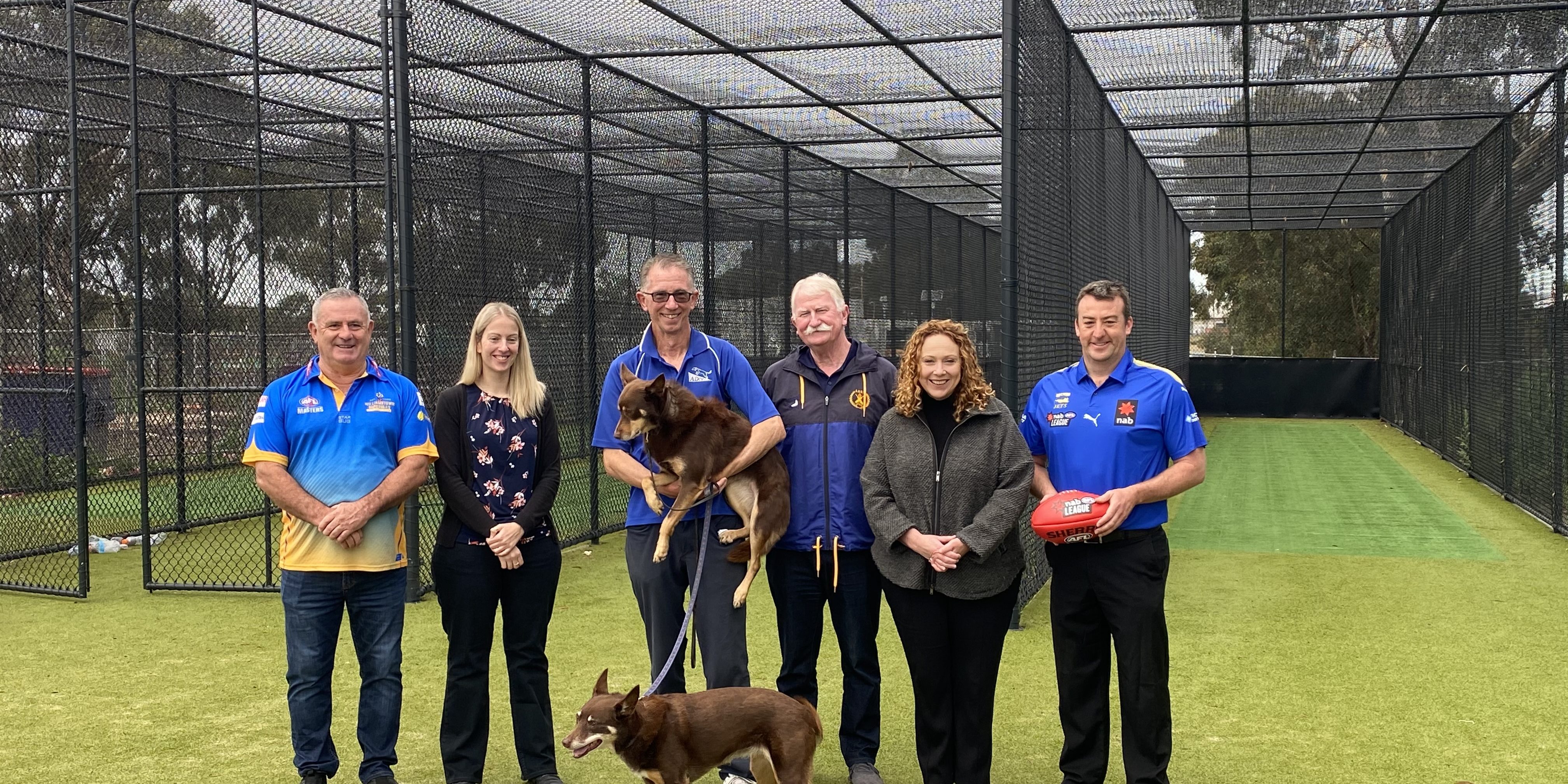 Upgrades to Altona North and Spotswood sporting grounds are about to get underway delivering better facilities for the thousands of community members, and sporting clubs that use them.

WLJ Crofts Reserve in Altona North and Donald McLean Reserve in Spotswood are being overhauled with funding from the Andrews Labor Government as part of the West Gate Tunnel Project.

The sports clubs that use Crofts Reserve will be able to enjoy refurbished and realigned ovals, floodlighting, relocated and newly built cricket nets, and upgraded landscaping.

At Donald McLean Reserve other works include floodlighting, refurbished ovals, enhancements to multipurpose tennis and netball courts, relocated and newly built cricket nets and upgrades to open play space and a new pavilion

The West Gate Tunnel Project will also make it much quieter at these popular sports grounds, with noise walls being installed at WLJ Crofts and Donald McLean Reserves to reduce noise from the hundreds of thousands of vehicles that use the adjoining West Gate Freeway, in direct response to community feedback provided through the Environment Effects Statement for the project.

The noise walls are some of the best ever seen in Victoria and will allow users to hear the umpire’s whistle and crowd’s cheer at these vital inner west reserves.

Both of the new pavilions will be completed at the end of the year.

“The west is home to some great community facilities and we want to make sure sporting teams can hear the umpires whistle and the cheer from the crowd.”

“We’re building some of the best noise walls Victoria has ever seen to reduce traffic noise for residents and people enjoying the beautiful parks and gardens of the inner west.”

“Sport and recreation is an important aspect of community wellbeing here in Hobsons Bay. This significant upgrade of Crofts Reserve and Donald McLean Reserve will enhance our offering to the diverse sporting community we have in Altona North, Spotswood and beyond.

“We are thrilled to be able to offer brand new pavilions with accessible features to our local clubs who can look forward to a modern facility with excellent amenities.”