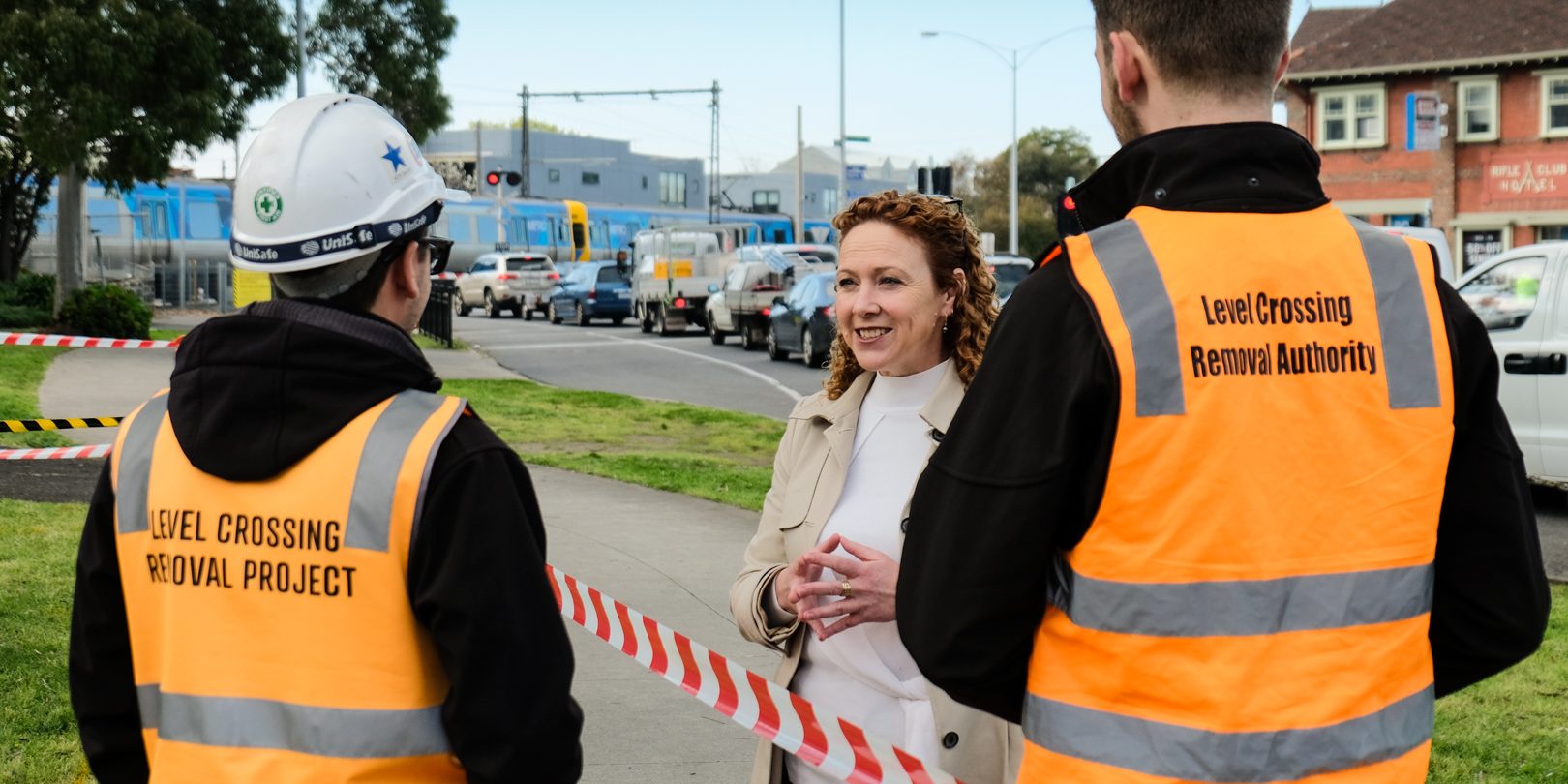 Work to remove the Ferguson Street level crossing in Williamstown is ramping up, with technical investigations already under way and community consultation to begin this month.

Member for Williamstown Melissa Horne today announced that project team members would soon be seeking feedback from the local community about how they use the area and what improvements the project could consider, such as road and pedestrian connections.

Located between two roundabouts, the Ferguson Street level crossing is in the heart of a complex and busy junction just south of North Williamstown Station.

It is nearby to homes, schools and several businesses including a petrol station and a hotel.

The level crossing disrupts regular bus routes and hampers those travelling from Williamstown in the east, towards Kororoit Creek Road including Bayside College, the Rifle Range development and shopping centre in the west.

This site has a tragic safety record, being the scene of a double fatality in the early 1990s.

Another accident caused serious injury to a cyclist in 2011 and further harm has been narrowly avoided in four near-miss incidents between trains and pedestrians in the past decade.

More than 110 Williamstown line trains travel through the Ferguson Street level crossing each weekday, causing frustration and delay for about 22,000 motorists who cross the tracks.

There are a number of ways people can provide feedback during this first stage of consultation, including facilitated community workshops on 23 and 25 November at Williamstown Events Centre, or online until early December.

Each workshop will have numbers capped at 60 people and will be run by an external facilitator, who will lead discussions and ask relevant questions to help generate feedback. The online feedback portal will also replicate the feedback structure of the workshops.

There will also be information pop-ups near the Douglas Parade shops and local train stations for people to provide feedback.

There will be more opportunities next year for the local community to join the conversation around potential designs. The crossing will be gone for good in 2022.

“The Victorian Government is getting on with the job of removing the Ferguson Street level crossing.”

“This is an important first stage in hearing from people what is important to them, in how they use the local area and what improvements this project could deliver.”