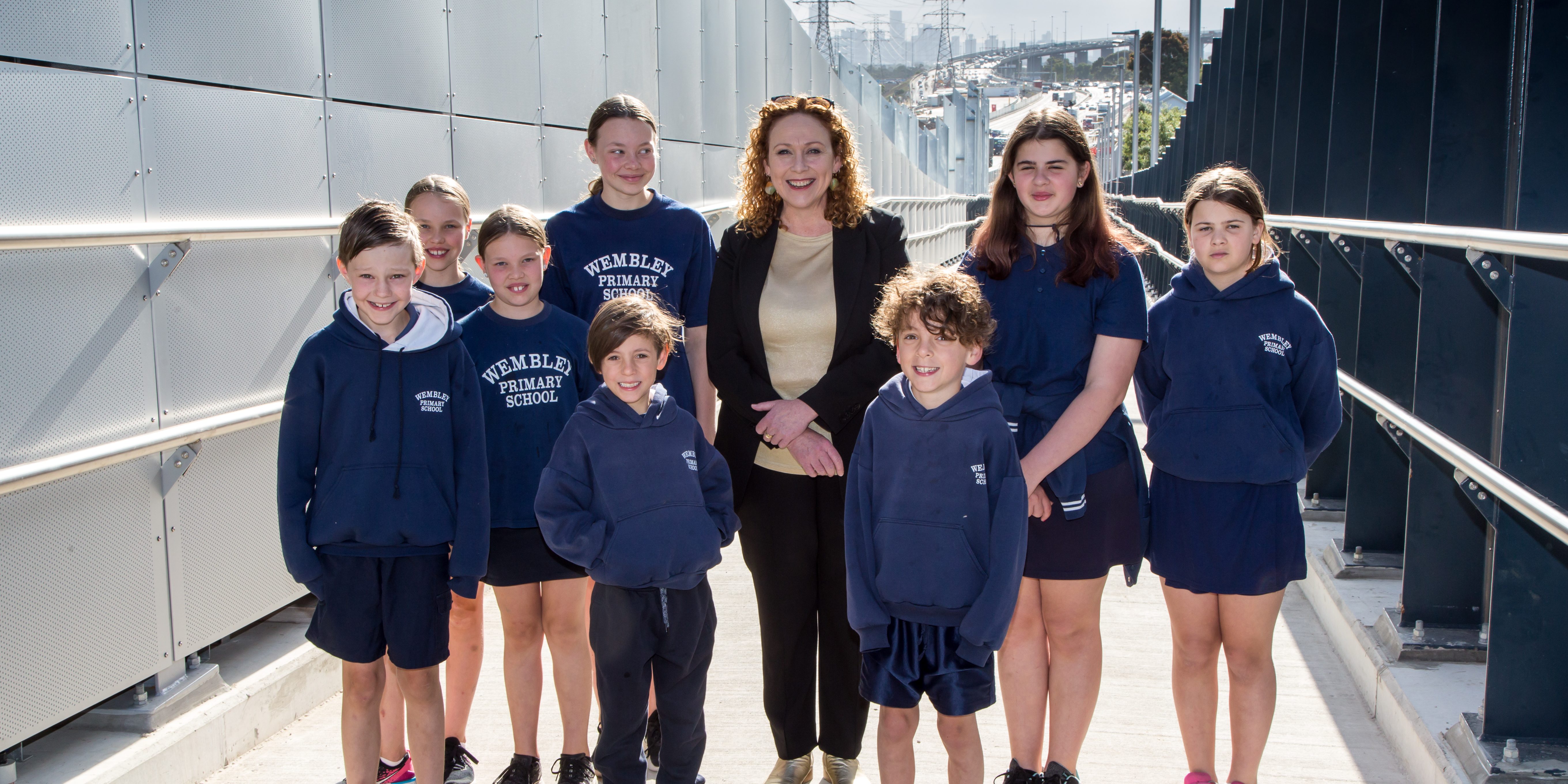 Spotswood and Yarraville are now safer and better connected, with a new pedestrian bridge now open to the public as part of the Andrews Labor Government’s West Gate Tunnel project.

Member for Williamstown Melissa Horne today officially opened the bridge, which is the second of two new pedestrian overpasses crossing the West Gate Freeway – giving communities in the west better access to services like schools and retail on either side of the freeway.

People with mobility needs will be able to cross the freeway more easily than ever before, with the bridge built with both steps and DDA-compliant accessible ramps on both sides of the freeway.

The new bridge is wide enough to cater to both pedestrians and cyclists, and lighting, CCTV and higher barriers will keep users safe.

The bridge truss is Australian-made, and is architecturally designed to reflect the history and character of Melbourne’s west.

The local community will also be given the chance to name this vital new piece of infrastructure, as well as the second bridge further along the freeway linking Brooklyn and Altona North, with a competition to be held in the new year.

Early works have started to build a third pedestrian bridge over the Williamstown Road exit ramp, linking up with the future Hyde Street Bridge and further increasing access for locals.

As part of the West Gate Tunnel Project, the Labor Government is deliver over 14 kilometres of walking and cycling paths to connect communities to one another and to new open space.

“This bridge is a crucial link that connects the inner west’s communities – and I’m proud to officially open this important piece of infrastructure that will connect locals for generations to come.”

“We thank the people of Spotswood and Yarraville for their patience while the West Gate Tunnel Project has worked hard to construct this vital community link.”